If you have an older Joomla website you might consider switching to another platform such as WordPress. Although Joomla is still a great platform, there are good reasons to consider making a change.

I’ll address four reasons here, in what I consider their order of priority.  At the outset, I’d like to suggest that the scale is weighted heavily toward my first two points. These are not four equal considerations. So here goes.

Most of what I read comparing content management systems (CMSs) outlines technical, aesthetic and ease of use arguments. Perhaps without meaning to, the writers of these articles end up speaking mostly to the trade. Much of this is lost on the vast majority of website decision makers, who are business owners and managers. A more important consideration to these people is “What is everyone else doing?” It matters. The crowd can’t be wrong, right? “If 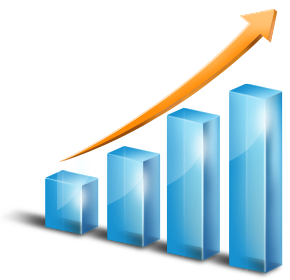 So let’s look. Which way are the trends going? Well, it’s almost common knowledge now that WordPress has taken off over the last 5 years, now representing more than 30% of all websites worldwide, and almost 60% of CMSs. Among the CMS market share, Joomla is at 5.7%.

WordPress more prolific as an “installed base”

Simply put, the WordPress trend line is up and the Joomla trend line is flat or slightly down. This is directly tied to the “installed base” consideration. A lot more websites are WordPress than Joomla. This means that there are more plugins and other add-ons, as well as more developers who are familiar with WordPress than Joomla. The “installed base” carries with it a lot of security for anyone wanting to go in the WordPress direction. The platform is nowhere near extinction in the foreseeable future, and not heading in that direction. I’m not predicting the disappearance of Joomla, either, but it would take a lot less for that to happen, or for it to become obsolete, practically speaking.

Let me step away from the web world for a moment and address why the trend lines and installed base arguments carry a disproportionate amount of weight. These are not rational, reasoned arguments based on the data. They’re not wrong, either. It’s just the way most people make decisions whether we like it and agree with it or not.

Other similar installed base experiments

Two other examples that have been written about before are keyboards and computer operating systems. The so-called “Qwerty” keyboard arrangement is not the fastest. In fact, it 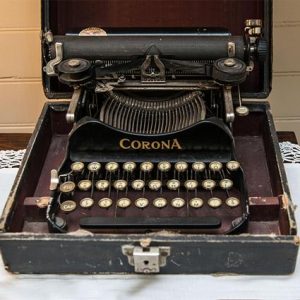 was designed back in the typewriter days to slow down the typist! If you go too fast—and I know, I had typewriters—two letters would fly up toward the paper at almost the same time and collide and get stuck together. Today we know that the DVORAK keyboard arrangement is faster. But most people still use QWERTY because everyone else does.

The same is true of Microsoft Windows. Many will argue that the Apple Macintosh operating system is better. Many others are just as convincing about Linux. But that doesn’t matter. Windows is very good (now), definitely good enough and, most importantly, most people use it. If you want to make a purchasing decision for your company that you can defend, you go with Windows.

Joomla to WordPress conversions offer ease of use

So much for the emotional arguments, which are probably enough. Let’s try a logical argument: Ease of use. I’ll call it “perceived ease of use.” There are other CMSs that might actually be easier to use. You can set up Drupal to be very easy to use. But out of the box, by and large, among the most common open source CMSs, WordPress is considered the easiest. And if you think it’s the easiest, it will be! (to go back to an emotional argument).

Now for one completely logical argument, and that’s the cost/benefit analysis. If you have a site

running a really old version of Joomla, the choice is easy: convert to WordPress. The upgrade from Joomla 1.0 or 1.5 to current will take a lot of time anyway. You will most likely have a lot of extensions and components that don’t have current versions and need to be replaced with something else. If you’re going to all of this time and expense and trouble, you might as well switch platforms and get on the WordPress train. There are tools to make it easier (and companies like ours who will guarantee that it works correctly), but it is not a push-button operation by any means.

If you’re on Joomla 1.6, 1.7 or 2.5, the choice is harder. Joomla is still an excellent platform, and these upgrades are more straightforward and less expensive. There is a bigger cost difference between one of these short upgrades and switching to WordPress. If you and your team know Joomla and like it, there is no need to switch. Just upgrade to the latest. Of course, if you want to switch, maybe just to join the rest of the world on WP, that’s a great choice also.

If you have any questions, concerns, or maybe you are ready to get started on converting your Joomla website to a WordPress site, then please get in touch with us. We are the Joomla Masters and we can help. Give us a call at (866) 516-8798 or fill out our free quote form above.

GET YOUR FREE QUOTE

You might have noticed the new graphic on the front

We were in the midst of reviving our e-newsletter when this virus thing happened. We really were, I promise. After buying three web companies over the past 18 months, our game plan was to get Read more…

Yes! Absolutely! We do it all the time. WordPress has become the content management system of choice for the majority of website developers. If you’re running a large-scale Joomla website, you’re a good candidate to Read more…